My friend and colleague Johannes Krtek has been working on a CSL logo. We have uploaded SVG versions of it to a repository on GitHub. We’re planning to add EPS versions to the repository later on, in order to have both RGB and CMYK versions available.

Next, we’re planning to add a ‘logo generator’ based on HTML5 canvas to the repository which would be available via github.io – this way we need to track only the SVG and EPS versions of the logo and everyone could quickly generate high quality versions of the logo in different shapes, sizes and formats (PNG etc.). Once we have this ready, we will move the repository to citation-style-language/logo. Meanwhile, you can already access the logo here: 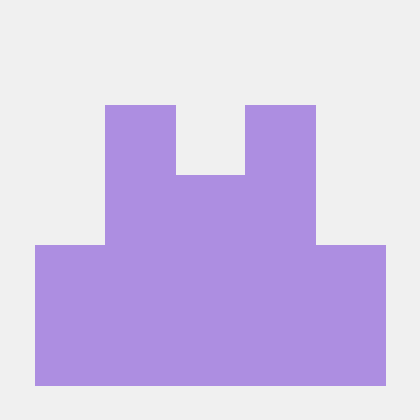 Feel free to use it. The idea is that the logo belongs to the CSL community.

For example, I would use this one as the logo on citationstyles.org:

This one as the favicon on citationstyles.org:

And either of these on the GitHub profile:

FYI, here are a few quick notes about the rationale that went into the design process:

a) CSL is an XML-application. This makes for a strong link to angle-brackets < > which are very strong visual elements that we wanted to use.

b) CSL is all about citations; citations are marked, typographically, using quotation marks. A variant of quotation marks, the guillemet (used, for example, in many French, German, or Swiss publications) is visually similar to angle-brackets: namely «these» or »these« – we were quickly convinced by the idea that a CSL logo should sport these kind of quotation marks because they visually combine two of the essential features – XML and citations.

c) Furthermore, the guillemet is reminiscent of arrows: since citations/references point to something, too, we thought it made even more sense to use them.

d) Since a CSL logo will typically be used by third-parties to indicate that a given product or publication supports or is powered by CSL in some way, we realized that the version number should be part of the logo. For example, when CSL 2.0 comes out at some point in the future a reference management software will probably want to make it known that it supports version 2 of CSL as opposed to other reference managers which ‘only’ support version 1. With CSL being an open standard it is unlikely that there will be the means to create new logos or re-brand CSL for every release; therefore, we think it is a wise decision for a CSL logo to contain the major release number as an integral part. In this way, each major release automatically has its own branding – the logo can evolve with the standard.

e) Having said that, the logo also needs to work without the version number; especially because it is not even clear if the major release number will be updated in the forseeable future.

f) Even so, the potential of integrating the number has another benefit: we could equally use the logic to create dependent logos for officially supported projects (e.g., something like «CSL EDITOR»).

g) The font of the logo is custom made. Even though currently we only need the letters C-S-L Johannes has been working on a large portion of the alphabet to find a better balance and harmony. If we ever want to utilize dependent logos (like mentioned above) we’re already prepared.

Please let us know if you have any thoughts, suggestions, etc. about the logo or about the kind of information we should put up on the logo page / readme (e.g., information regarding usage, licensing and so on).

Thanks again so much for doing this.

Just to be clear, point (d) has been dropped for now, right? Also let
me know how you’d like to be attributed. Finally, we currently use the
Thematic WordPress theme for citationstyles.org
(http://wordpress.org/extend/themes/thematic). I haven’t really looked
yet how we can integrate the logo into the page (if anybody wants to,
I can give them a (temporary) WordPress account for the site).

It looks really great. I like the arrangement of the guillemets in the square version, very clever.

these are wonderful, yes. Thank you. I’m all of adopting these asap
(where it’s easy - i.e. add to the WP page, add to the repository.
@Rintze - why would d) have been dropped? I think Sylvester and
Johannes’s point here is compelling - we should have a version with
version number as we think towards later versioning.
Best

Thanks again so much for doing this.

Just to be clear, point (d) has been dropped for now, right?

We didn’t drop it completely, but the logo (full logo and mark only) now work perfectly fine without the version number – for the time being I expect there’ll be no big interest in it, but there may be going forward.

Also it’s basically the concept-template for how possible spin-offs (e.g. CSL-Editor) could be done (provided that anyone wants to go in that direction).

I’m sure I can help out with word press, but I’ll be busy the next couple of days. But do let me know – Johannes might be able to help to (if you want to arrange the ‘open and free citation styles’ with the logo or something like that).

I created a Gravatar profile for CSL (linked to my personal email
account), and the logo is now live at
https://github.com/citation-style-language . It doesn’t look like you
can show a logo on the repository pages (e.g.
https://github.com/citation-style-language/styles ), but we can of
course include the logo on the wiki pages.

Ammon Shepherd was kind enough to do some maintenance on the
citationstyles.org servers last week. Site admins can now install
themes and plugins directly from the admin dashboard. This allowed me
to (finally) switched to a different theme and add the CSL logo. The
new theme should be more flexible with custom CSS.

Let me know if anybody has any comments regarding layout or content:
http://citationstyles.org/ (I’m quite happy with the new look already)

Ammon, if you’re subscribed to this list - thanks for this!

I would perhaps suggest providing a more prominent link to the CSL primer
[1] on the front page
as an introduction to what CSL is and how it works.