Question: Why isn't it possible to produce a year-only citation for legislation in APA?

I’m trying to cite some legislation in APA, but I only want the citation to include the legislation’s year, not the title and the year.

Here is an example citation:

I just want csl to produce the (1994) part (since I know that csl won’t be able to produce a composite cite—Running the Processor — citeproc-js 1.1.73 documentation, “In some cases, the processor will be unable to produce content for an author-only citation flag, or for the corresponding portion of a composite citation… By default in such cases, the processor will output an ugly slug: (Unauthored thing 1964) [NO_PRINTED_FORM]).”

However, the APA 7 csl produces (Example Act 1, 1994), regardless of whether I omit the author or not. 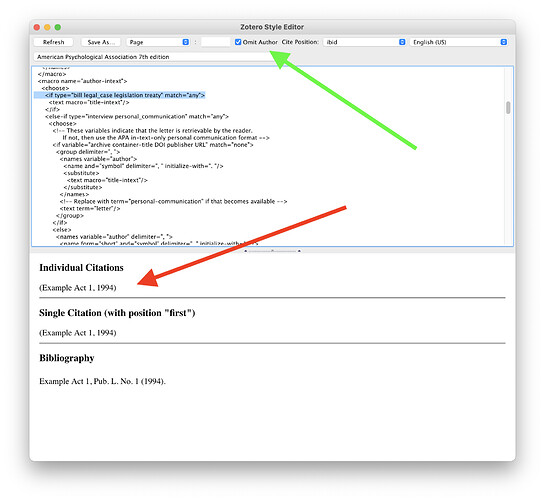 With other styles, like Chicago, AMA, and MLA, omitting author results in “Example Act 1” being omitted from the in-text citation, leaving only (1994), which is what I’m hoping to get.

Is there an APA rule stating that legislation must always include the title in its in-text citation? If so, I haven’t been able to find it. Without such a rule, it seems to me that legislation would behave like other types in APA csl—that is, when the author is omitted, only the year shows up.

When I remove legislation from that list, I get the year-only citation I’m looking for:

Any insight is much appreciated! 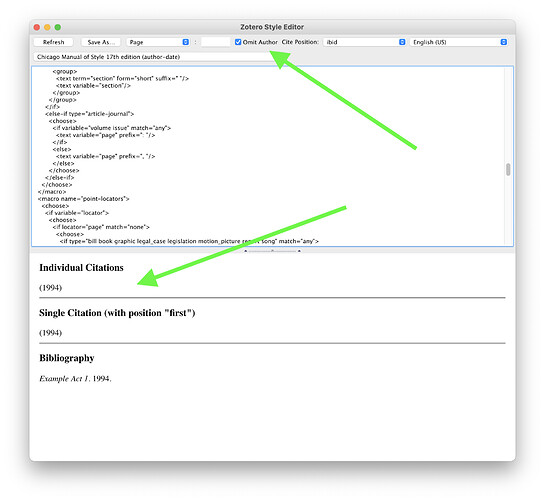 APA with legislation removed from the author-intext macro: 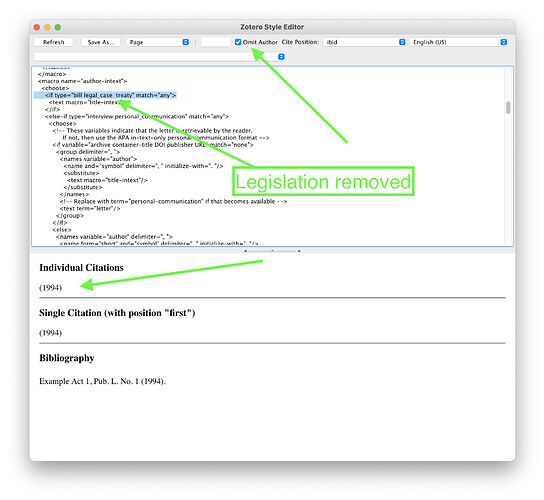 This is the output that I’m hoping to get.

@bwiernik is it possible to include legislation titles into the substitute logic instead of as a separate condition? That’d make this work in APA

@bwiernik Any thoughts on the above?